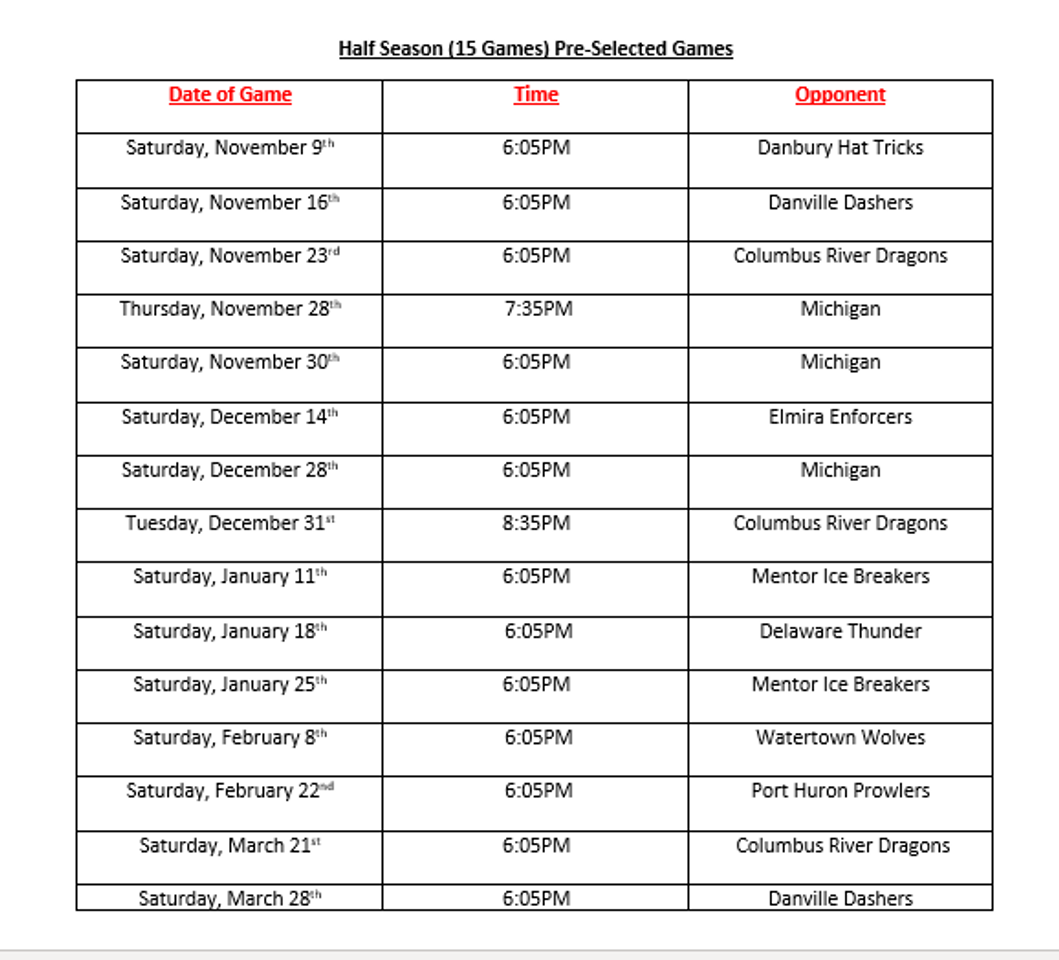 Thunderbird fans, we are changing it up this year when it comes to half season tickets. We are no longer doing a ticket exchange program, but a past redemption ticket program.

Season tickets holders are able to bring UNUSED season tickets once the game has passed to the box office to exchange for one of the following games. There will be NO future game exchange this upcoming season.

Season Ticket Holders have the opportunity to redeem past game, unused season tickets and receive tickets from available games (5) preselected list. Preselected dates of games to come. If you miss a game you can reclaim that ticket for one of the dates on the preselected list.

In order to redeem you will need to go up to the Winston Salem Fairgrounds Box Office with your old ticket in hand and the preselected game you wish to attend.

The Box Office is open Monday to Saturday 10am to 5pm.

*Subject to availability. Redeeming past game, unused season tickets for complimentary tickets to the dates above is on a ticket-for-ticket basis.

* Tickets received from past game redemption may not be combined with future game exchanges, group sales orders or any special events.

* The original season tickets may be redeemed only once. NO Single game tickets, NO group tickets can received through past game redemption.

* Past game redemption guidelines are subject to change.